Quick Links for Guides on This Page
To Die For Rooting Them Out Dendromic DIver Maximal Motes Hailol is Having Fun Hailol Summoner
Way, Way Over the Top Six-Feet Underseers Worthy of a Triptych Kicking the Hive Venific Victory
Crater Crushing A Bad Idea Bittersweet Repellent Bug Dend-Roaming

You can find a full guide to the Dendrome puzzle here.

You can find a full guide to the Dendrome rares here.

You can pick up three daily quests for the motes.

The second called ‘Momentous Motes’ is picked up in the Achyati Village at
/setwaypoint 4091 4644
This questgiver can be in the hut on top of the ramp or underneath it. 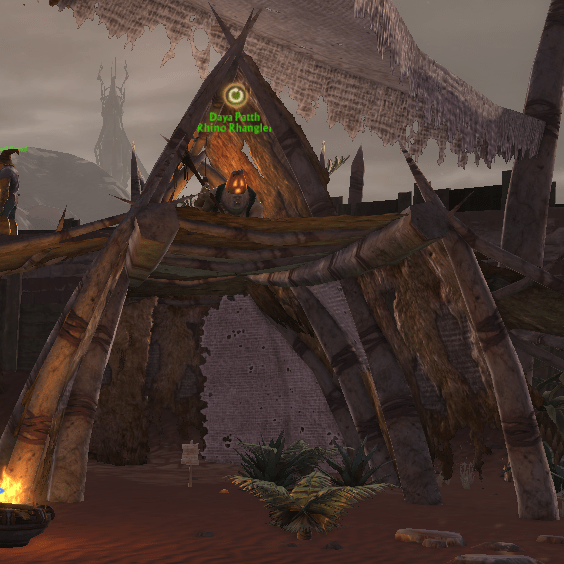 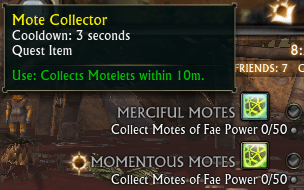 All 3 of the quests will give you the Mote Collector ability. You should drag the ability to your ability bar to make it more easily used.
The motes are bright wisps which are found all along the paths in the south of the Dendrome. The correct areas are clearly marked on your map.
The motes are generally found in groups of 5.
Stand inside the group of motes and use the ability. wait for all the motes to be caught and then move to the next group.
You can stay mounted while you catch them.
Once you finish the daily quests you can still continue to catch more motes towards the cheevo. The Mote Collector item will stay in your quest bags until you hand the quests in.

Hailol footholds can only be activated and completed in the Dendrome.
Firstly you will need to buy some Hailol Flares.
You can find these in the Rift Store, open up the store and click ‘Rifts’ on the left side menu. You will find the flares here on the main page of the Rifts section.

The flares are used to transform normal footholds into Hailol footholds. Foodholds in Onslaught locations wont work.
Open up your map and find some footholds, the Daazez Wastes area is usually quite good for this, with nice open land to make getting to the next one easy enough.
I recommend you avoid fire footholds as these are usually the Hellbug footholds which wont work. You can of course destroy these hoping for normal footholds to spawn in their place.

When you reach the foothold use the flare on the central breach, this will summon the Hailol Envoy 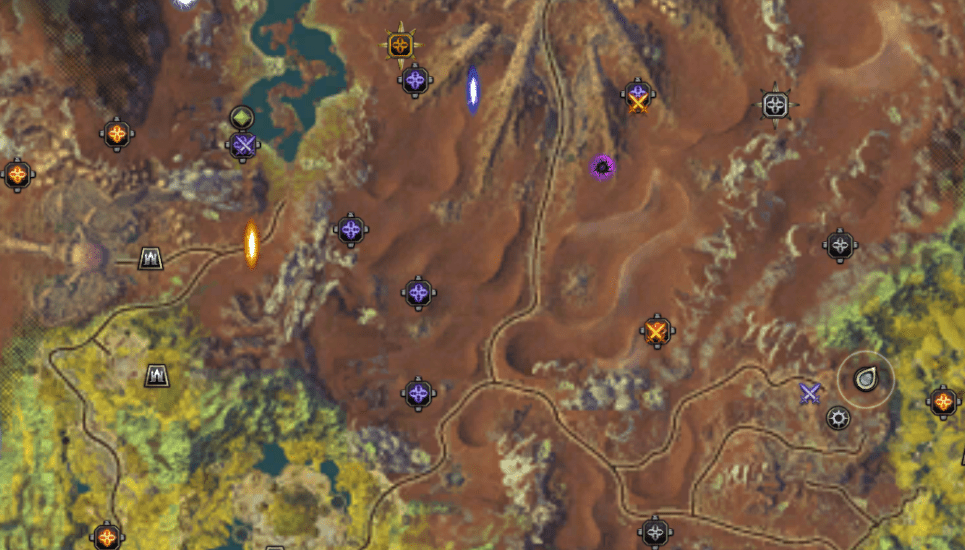 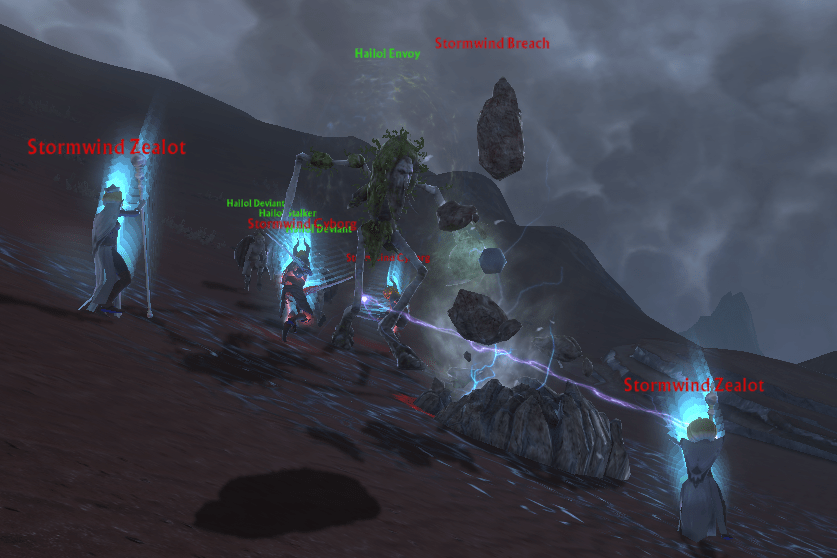 You need to kill the mobs around the foothold and allow the Hailol Envoy to attack the breach. Once the Hailol Envoy has attacked the breach you can then DPS it down.
The Hailol Envoy will then build a Hailol foothold where the foothold stood.
There are a few different types of Hailol Footholds, the one that spawns for you will be random.
Each foothold will require you to complete specific tasks, such as drinking mead, emoting, powering up exploding caterpillars or jumping to the top of a jumping puzzle.
They are all pretty easy to do! 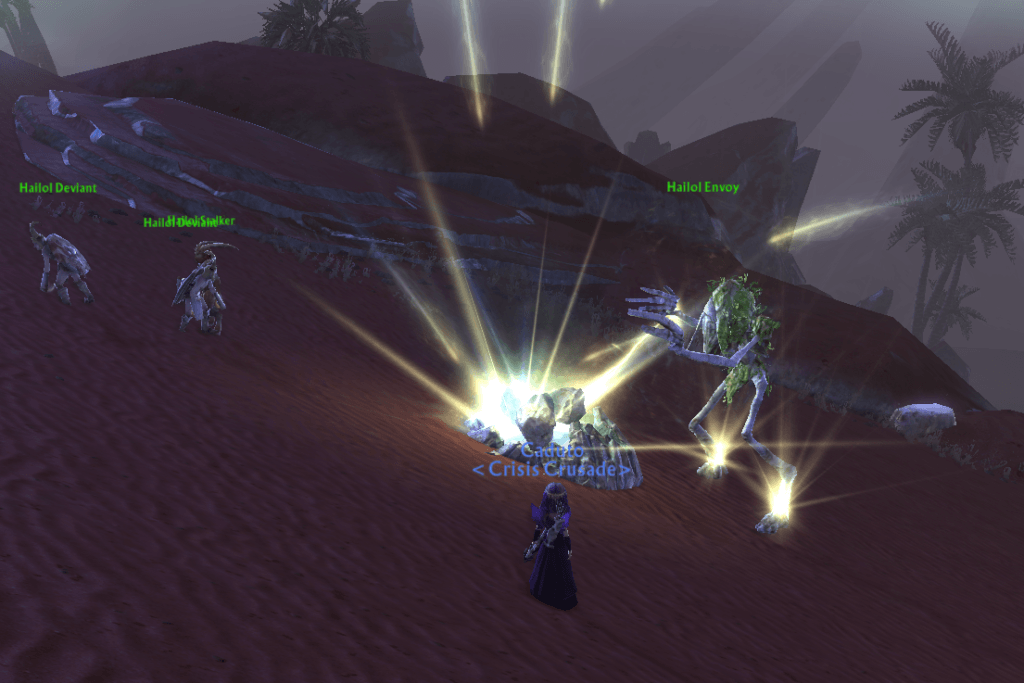 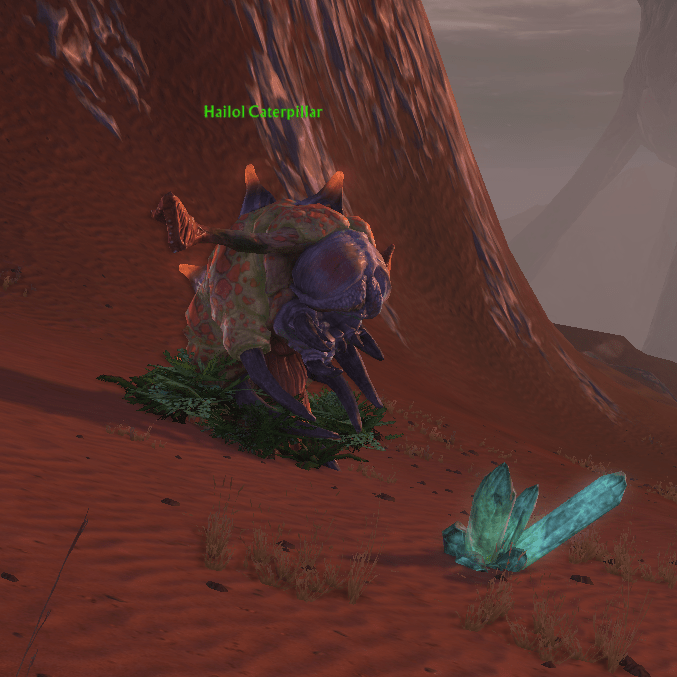 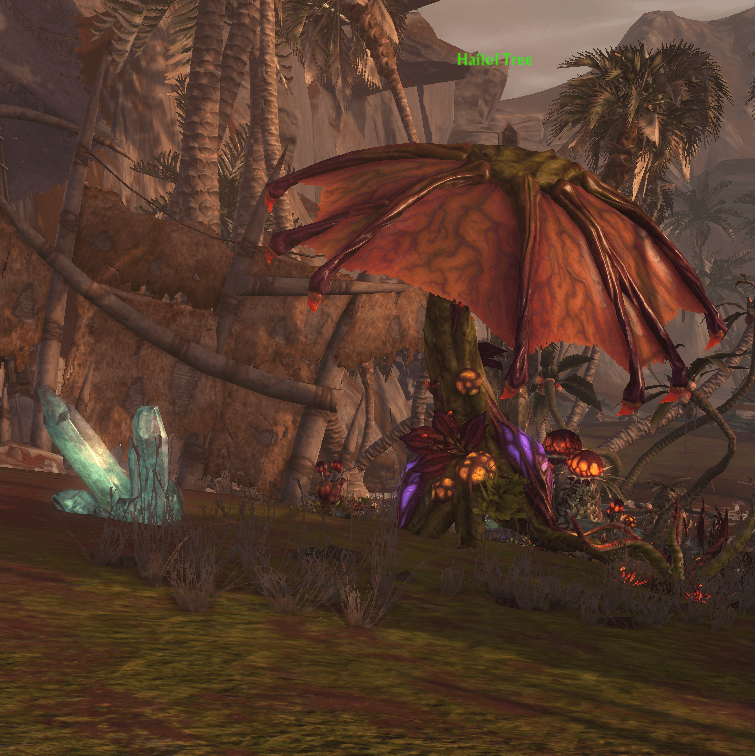 There are also some zone events in The Dendrome that have Hailol Footholds spawn all over the map and completing them is part of the event.
You can buy a lure for one of these events for credits only in the Rift Store, under: Rifts > Zone events

The lure can be used as many times as you want and will save you a lot of planarite farming!

Use 100 Hailol Flares as described above.

Way, Way Over the Top

Be the first player to reach the top of 50 Hailol Foothold jumping puzzles.

The entrance to Hive Kaaz’Gfuu is at
/setwaypoint 3532 3813
Inside the Hive you will find 3 bosses to kill.
The Hive is rather large and its easy to get lost!
You can see the locations of the bosses on the map to the right.
These 3 bosses are easy to solo at level 70 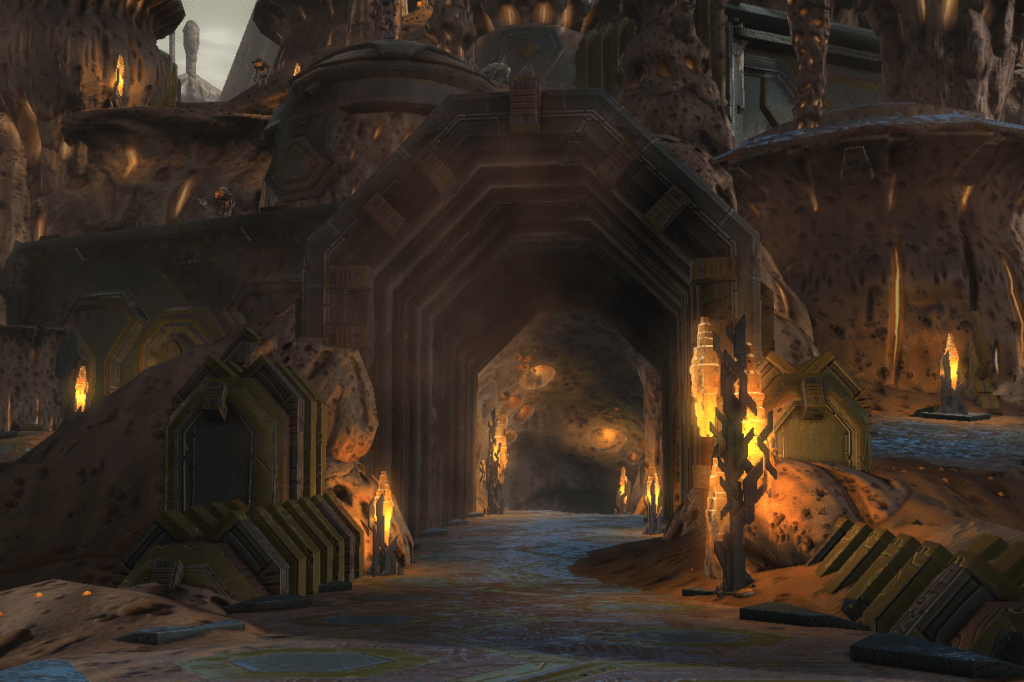 Killing these 3 bosses and activating 4 crystals at the same time will also summon the zone boss ‘Overseer Kaaz’Ra’. This boss is part of the cheevo below called ‘Kicking the Hive’. 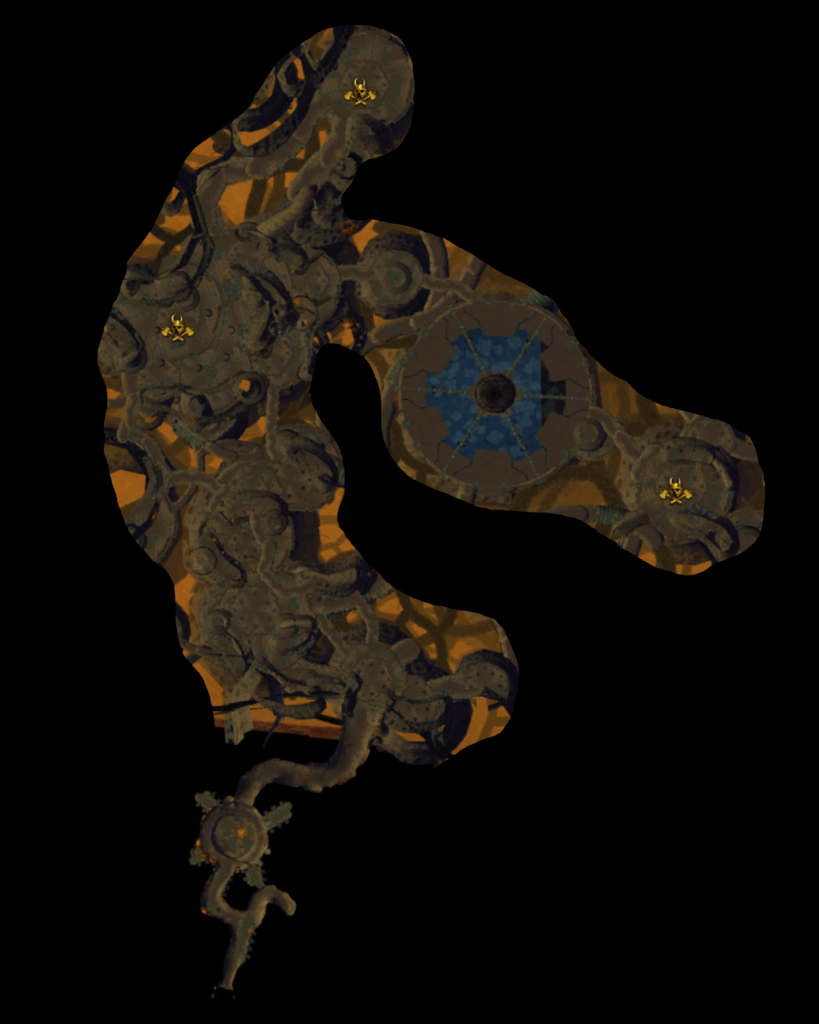 Worthy of a Triptych

You can find full guides for these 3 bosses on the Riftgrate Website.
If for some reason these links no longer work please let me know in game and I will fill this guide out properly!

To summon this boss you need to go into the Hive and kill the 3 mini-bosses, while also activating the 4 crystals (one near the entrance to the hive and the other 3 at each mini-boss). Overseer Kaaz’Ra then spawns on the blue circular platform.
You can find a full and detailed guide to this on the Riftgrate website.
A group of level 60s will need a full raid of 20 people at least.. we used to create 2 or 3 raids in order to farm this back when this content was current.
A level 70 player will probably want to bring a friend or two to make it easier, tho it is possible to solo with very good gear and a decent spec. 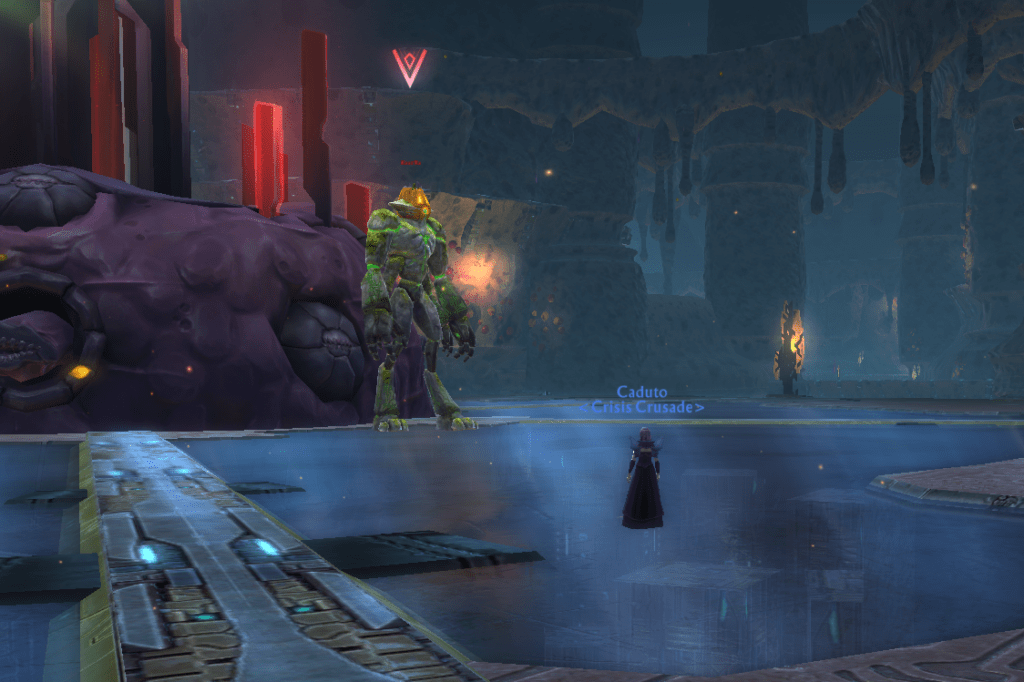 Instructions for how to summon and kill this boss can be found on the Riftgrate Website. 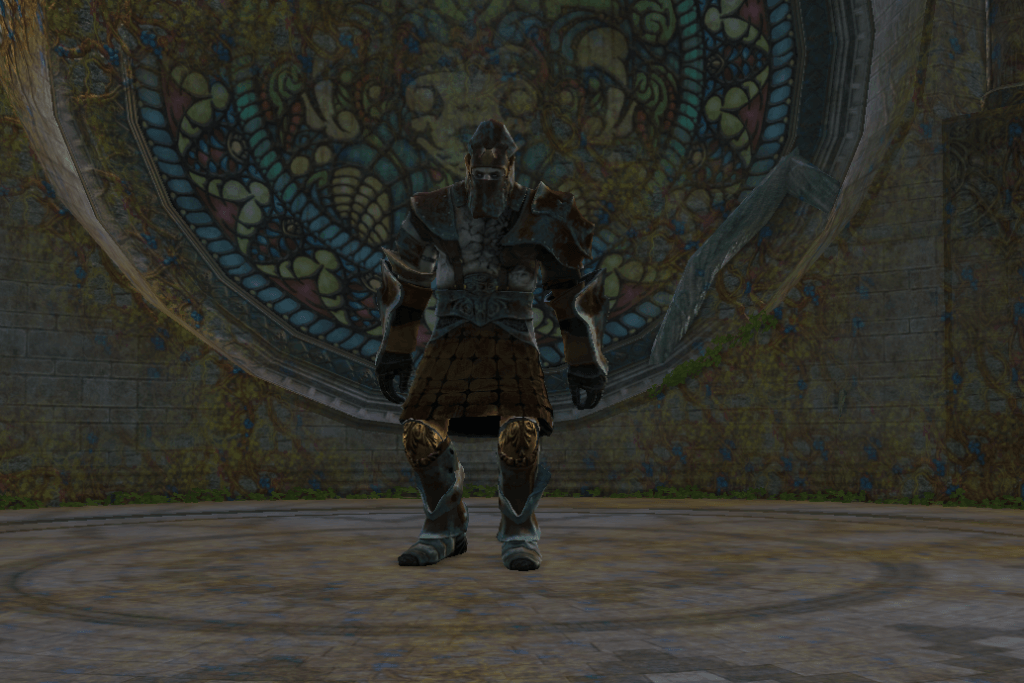 You will find Senbora the Devourer in Greenscales Crater, which is a large crater near the Achyati Village in the Dendrome.
Drop down into the crater and head to
/setwaypoint 4442 4554
In this small clearing all around the edges you will find 9 Deadly Parasite eggs.
You need to walk near them to agro them all, after 15 seconds each egg will hatch to reveal a Deadly Parasite mob.
When all 9 mobs are up you need to AOE them down so they all die within a short space of time.
Killing all 9 Deadly Parasites at the same time will summon Senbora. 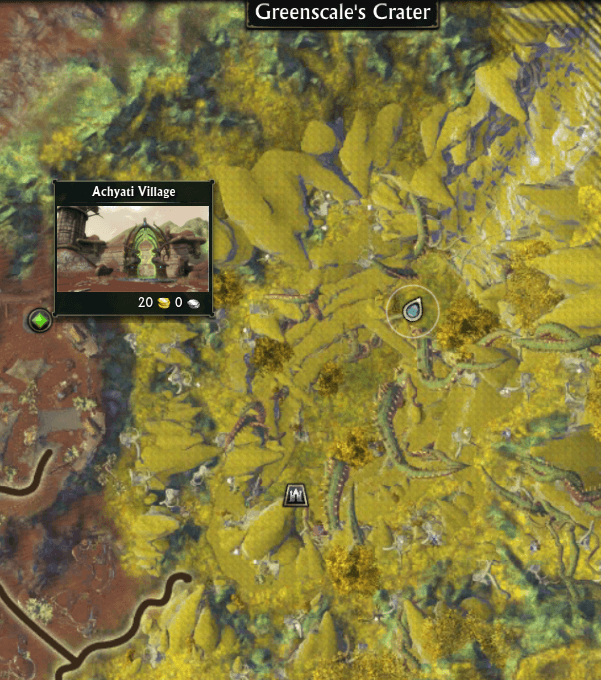 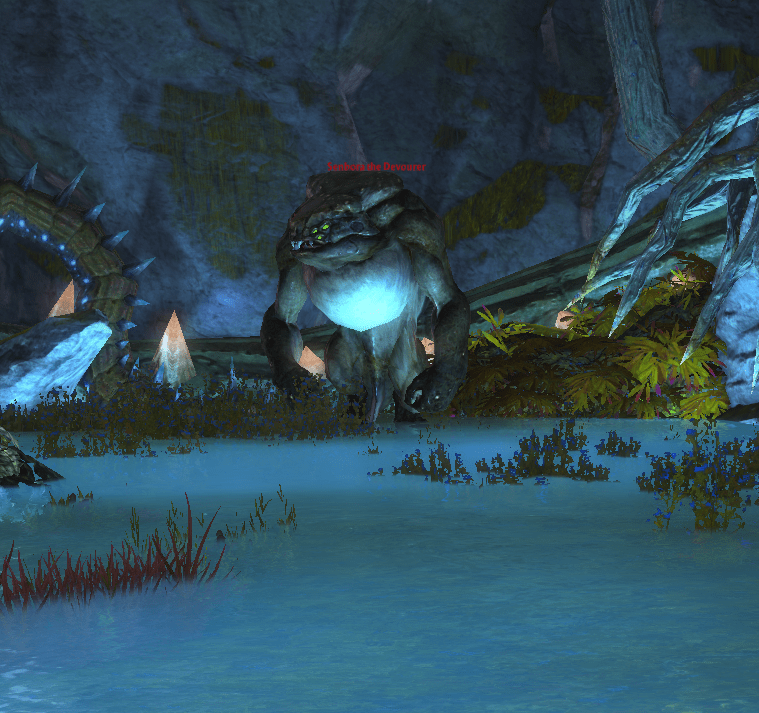 At level 60 you would need a 20 man raid (or more) to kill this boss. There is a full guide with all the bosses abilities and tactics on the Riftgrate website.
A well geared level 70 will be able to solo it with a decent spec with some self heals, though you should bring a few friends if you can to make this much quicker and easier.

To get this cheevo you need to kill Senbora once he has 25 stacks of the ‘Grow’ buff.
He will gain stacks when he casts ‘Devour’ – dont interrupt it!
He will only do this during his first phase, so dont push him below 50% until he has 25 stacks. 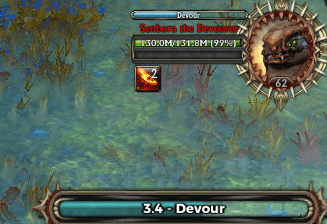 You will get this cheevo by doing the Dendrome story line quests.

There are many Architect mobs all around the Dendrome.

You will find high concentrations of them around the Hive in the north and inside the Hive.

When you find a good group of them remember to switch shard and kill them all again! 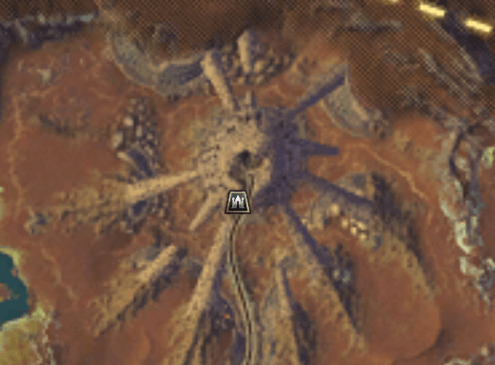 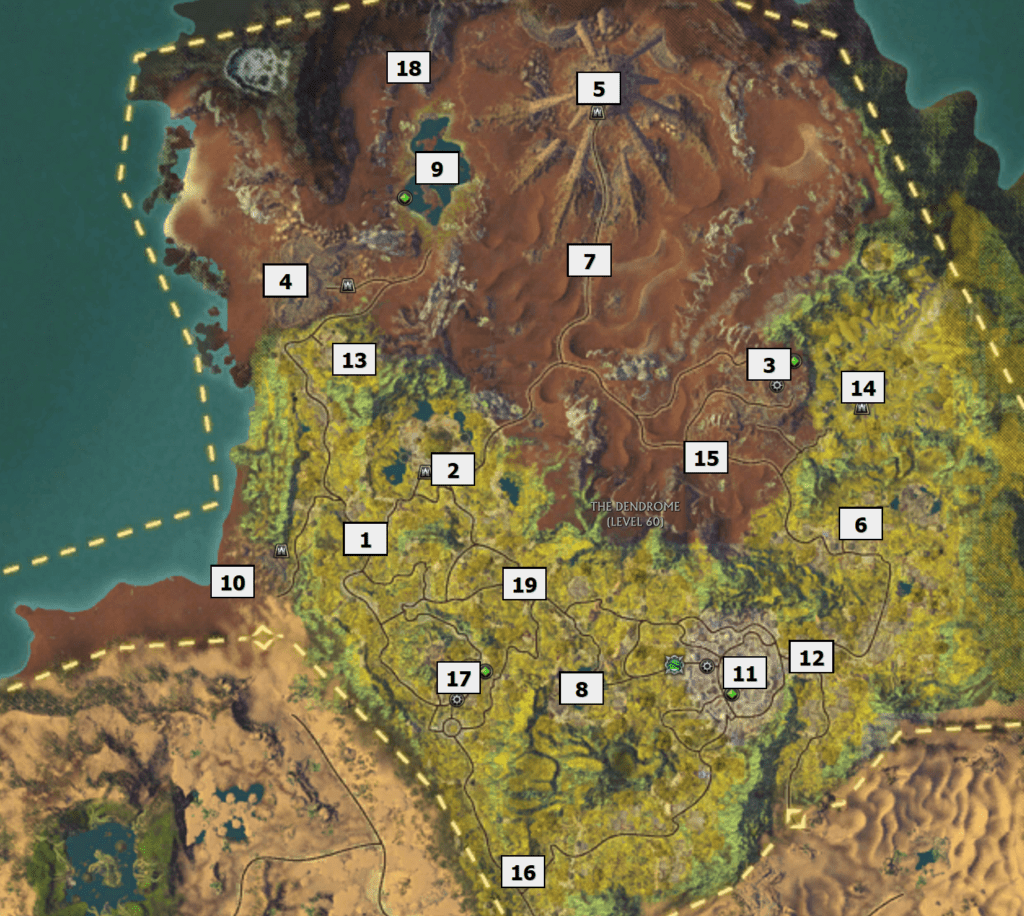