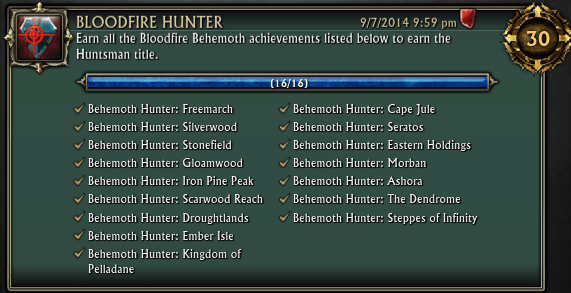 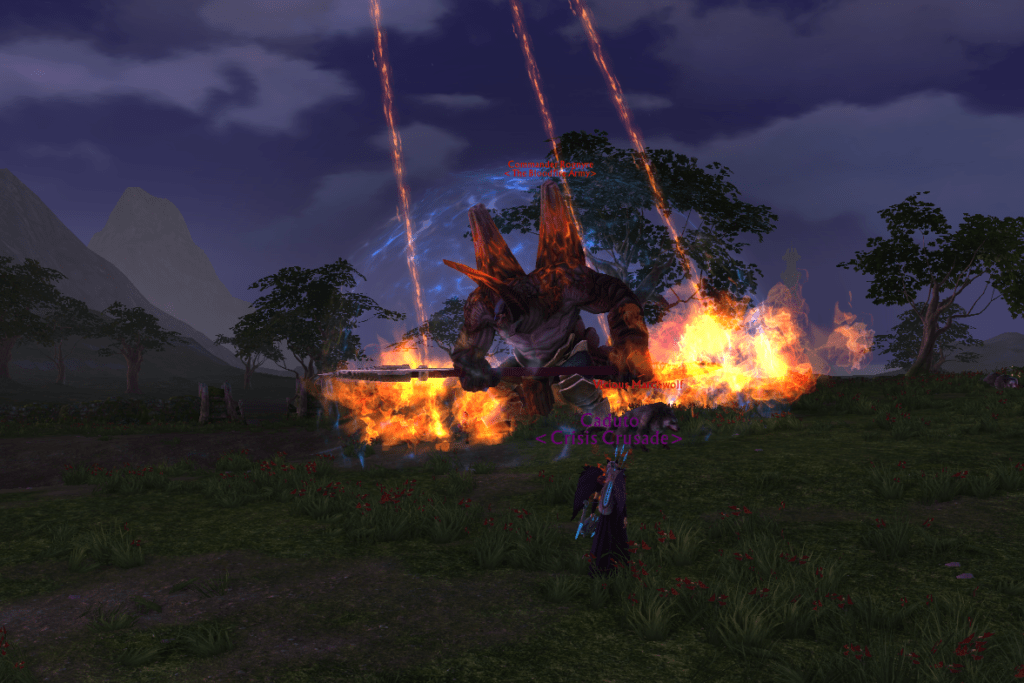 Bloodfire Behemoth events are zone events with just a singular boss. Killing the boss gives you infernal conduits which are used inside the bloodfire stronghold instance to summon bosses. Killing enough of these bosses wil earn you the magma walker mount and a variety of cheevos.

You can track zone events on YARET, this will show you when the Bloodfire Behemoth events pop.

When the zone event first spawns the boss is hidden underground.
There will be a number of blue circles on the map to show you where the boss could be hiding.

You need to go to these circles and use the ability called ‘Shard of Truth’ you will find this attached to the zone event quest sticky. 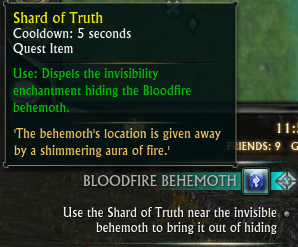 If the blue circle disappears then the boss is not in that circle. If it doesnt disappear then you need to search the circle for a plume of smoke coming from the ground and use the ability next to it to summon the boss.
The boss will spawn with a 1 minute buff that will reduce damage done to it.. this will allow other people in the zone to get to the correct spot.

Each of the zone events has two cheevos linked to it, one for finding the boss and using the ability to summon him and another for killing the boss. Each of these have their own Meta cheevo for completing the action in all the zones when the BB events spawn. 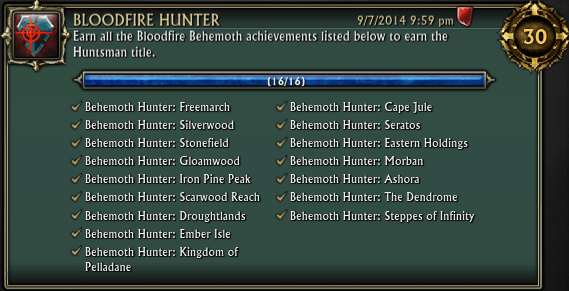 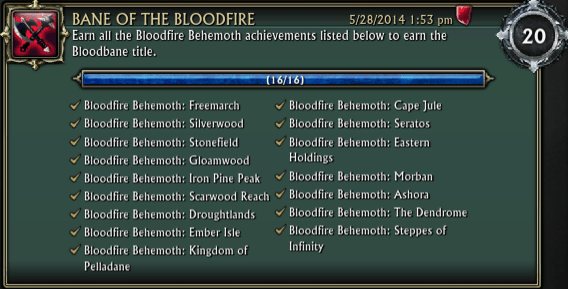 Right click this item to accept the quest ‘Bloodfire Stronghold’.
If you lose this quest item, simply partipate in another Bloodfire Behemoth event to loot another one.

You should have also received your first ‘Infernal Conduit’ 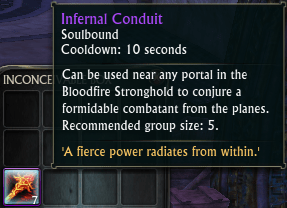 You will receive one of these from every Bloodfire event boss that you kill while properly mentored.
Keep them in your bags, each one can summon a boss inside the stronghold.
Its best to gather loads of these up before entering the stronghold area. a group of 5 will want 100 Conduits between them (20 each ish) to get all the cheevos done in one run. 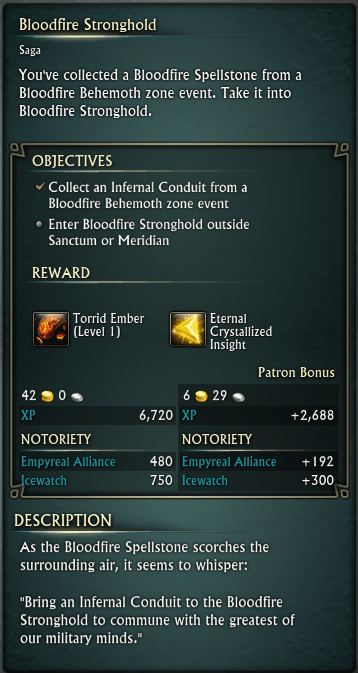 Getting inside the stronghold

Firstly, decide if you want to go solo or group up.
The stronghold bosses are technically level 60 5 man content, a little bit harder than a level 60 expert dungeon boss. They were released during the level 60 T3 raid content and dropped the best essences at the time. (They were also a good way to farm infinity stones).
However, inside the instance there are actually 3 levels of bosses, a level 15 boss area, level 30 and level 60. If you are going to be aiming for all the cheevos you will need to do some of the level 15 and 30 bosses, as some of the bosses only spawn in those tiers. You will be auto-mentored down and unable to solo these tiers! You could probably complete the level 15 and 30 bosses with a strong group of 3 players, but its much safer to go with 5.
The level 60 area doesn’t mentor you down so a level 70 character can easily solo these. Level 60 characters will still want a good group of 5 people for the level 60 bosses.

You will need to have an Infernal Conduit in your bags to be able to enter the portal. 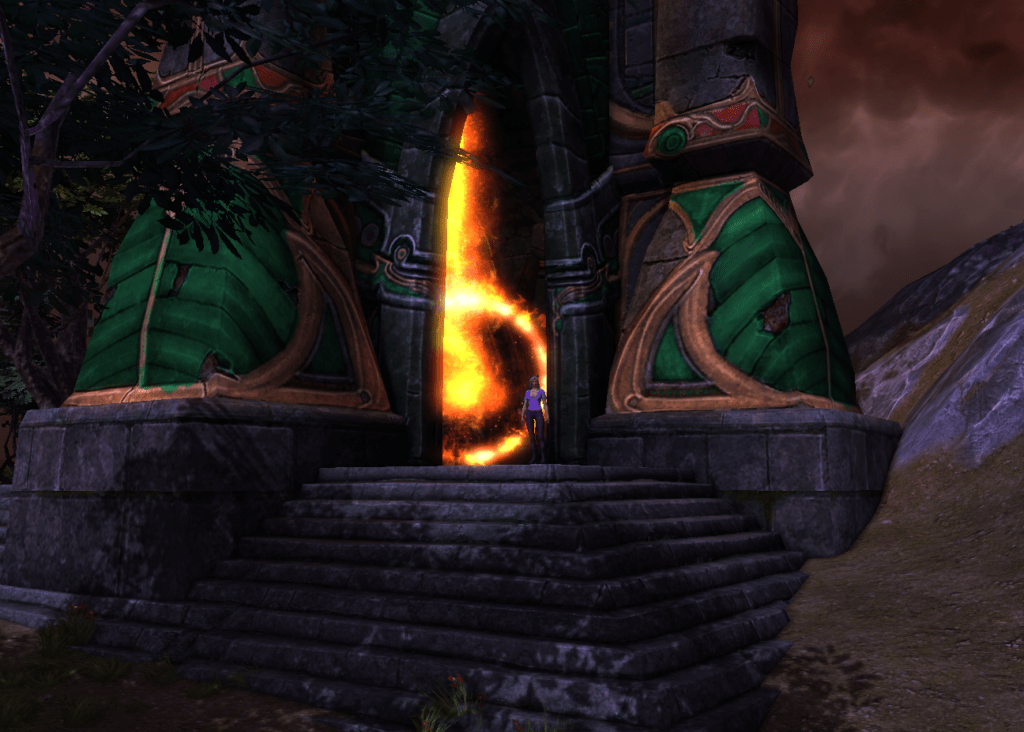 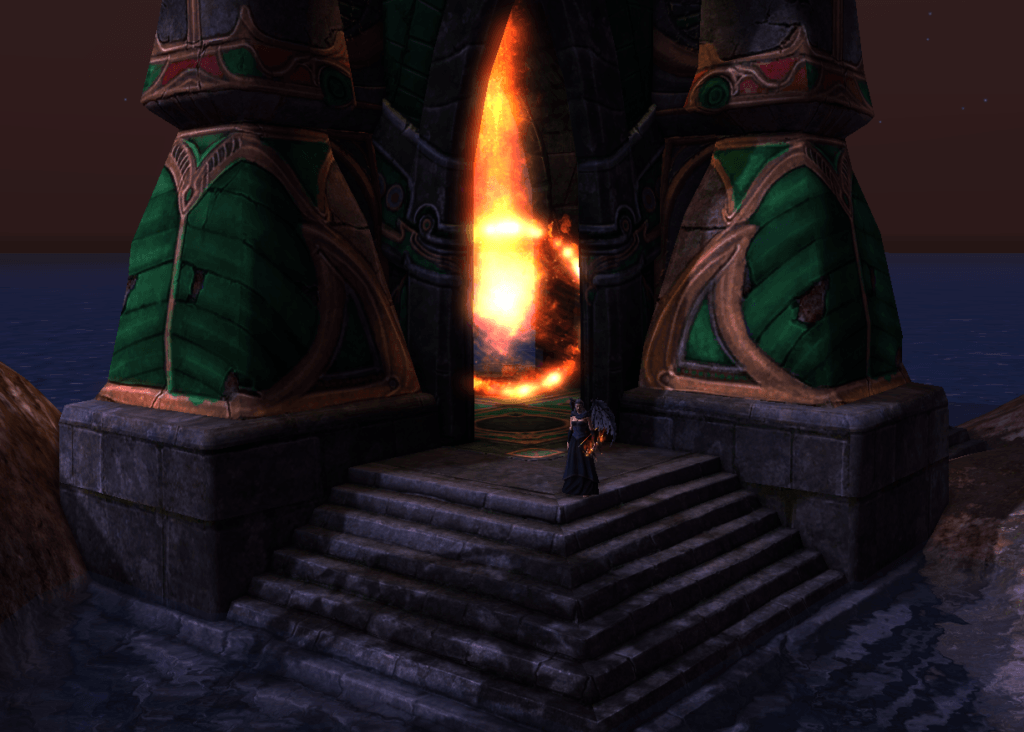 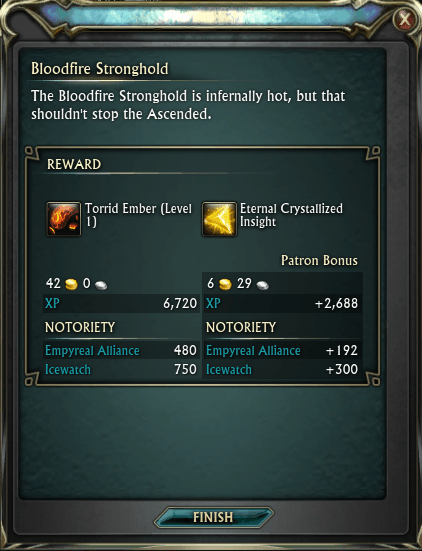 When you enter the stronghold for the first time, your ‘Bloodfire Stronghold’ quest will auto complete. collect the quest rewards and you will be given the Torrid Ember item.
Keep it safe! 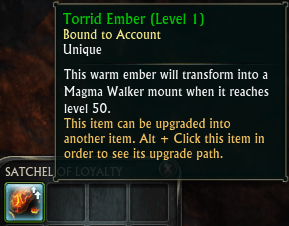 This item will eventually become the Magma Walker mount!

If you lose this item there is hope! You can do a Bloodfire Behemoth event on an alt and then enter the stronghold on that alt to receive a Torrid Ember. You can then post this to your main character for them to level up.

On each of the platforms you need to stand in the middle and use your Infernal Conduit. This will summon one of the bosses at random. Some of the bosses are unique to that level bracket. 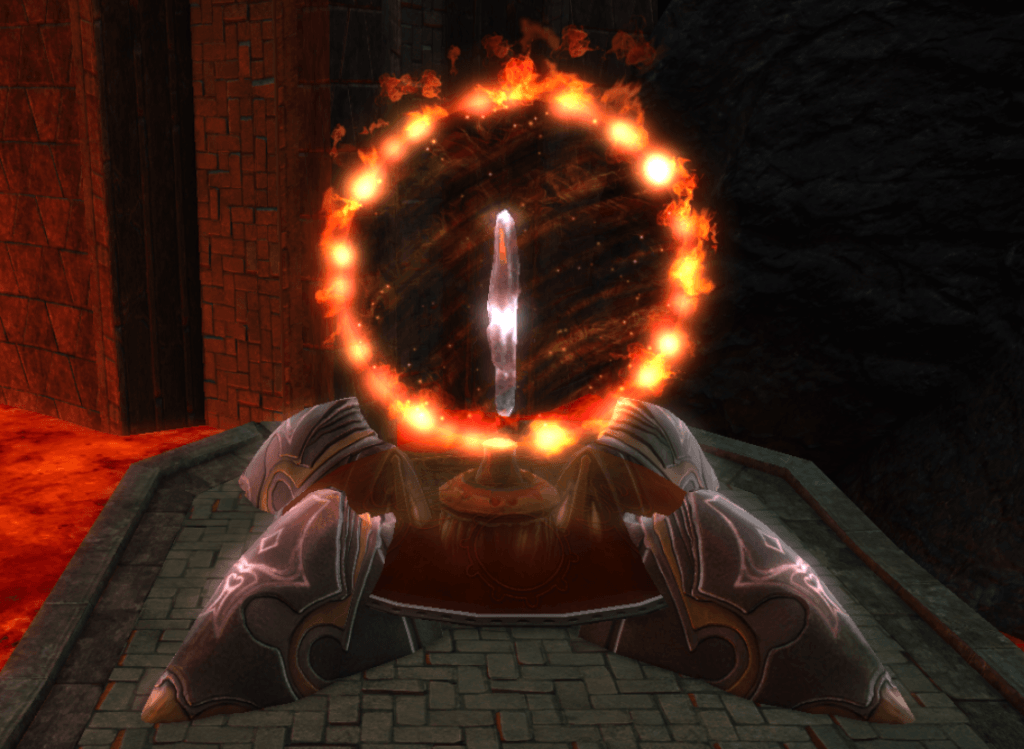 Getting all the bosses

The bosses can be found in the following Level platforms.

The bosses spawn at random, so it could take a few tries to get all the ones you need.

There is also a cheevo to kill 100 of the bosses. I suggest you start in the Level 30 platform and get all 3 bosses that you can only get there and then move to the Level 60 platform to finish off the 100 bosses.

Each time you kill a boss and LOOT it you will receive a ‘burning core’.
ALT + Left Click your Torrid Ember and use the cores to upgrade it. you will need 50 cores to complete all the upgrade stages.
The cores are tradeable but only for 30mins. 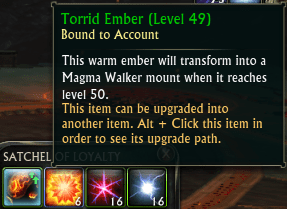 You will be able to see the level of your Torrid Ember when you mouseover it. 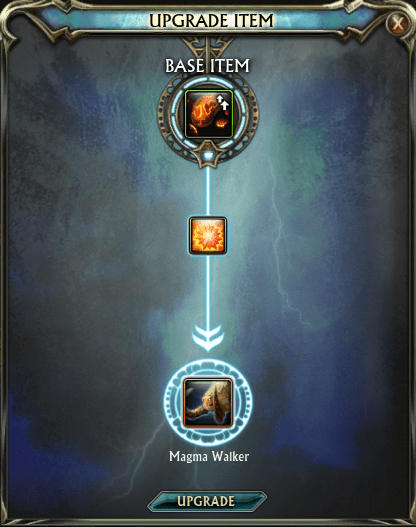 On the last upgrade stage the Torrid Ember
will upgrade into the Magma Walker mount! 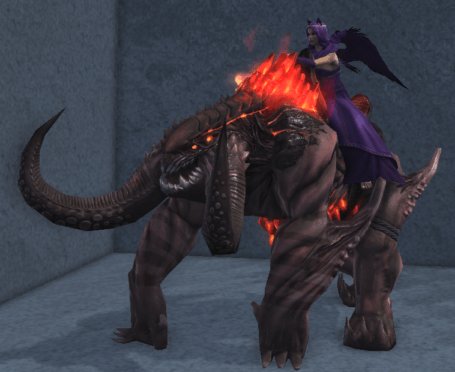