Ember Isle is technically two zones.. The main island is a level 50 ‘expansion area’ designed for level 50 raid geared players, it was released at the same time as the Planar Attunement points system, which is why a lot of the quests give a good amount of PA XP as a reward.

To the left/west of the main island is an underwater area that was built as a ‘small expansion area’ for level 60.. This was released just before the Nightmare Tide expansion to get us used to swimming and underwater combat! This area has a very small questline, however there are LOADS of nice easy rifts here, so its a perfect area for rift farming quests!

Quick Links for Guides on This Page
Main Island: Emerald Enigma Great Beasts Fear My Name It’s My Island! Cliff Diver He Followed Me Home
Delivering Dance Envoys of Death and Storms Defender of the Isle Isle Onslaught Purging Pyrkari
The Wanton Purged Keeping on for the Keepers Finding the Source All Over the Isle
Underwater Area: Blue in the Face Wailing Abyss The Planar Depths I Had The Strangest Dream
Deep Sea Defender Nautical Nightmares Your Dreams Hate You

You can find a full guide to the Ember Isle puzzle here. 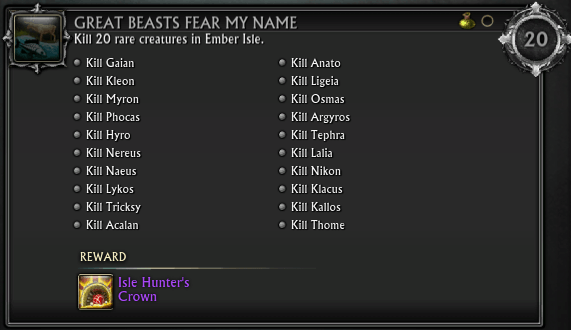 You can find a full guide to the Ember Isle rares here. 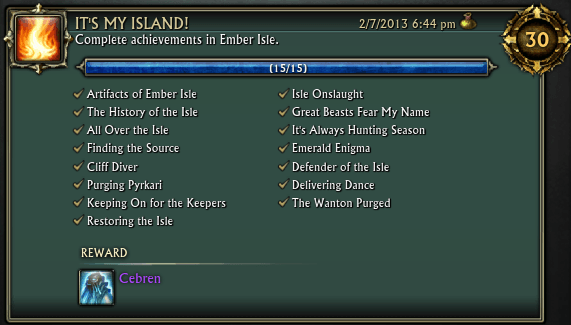 This is the meta cheevo for completing all the 15 cheevos listed.
The reward for this cheevo is the ‘Cebren’ companion pet. 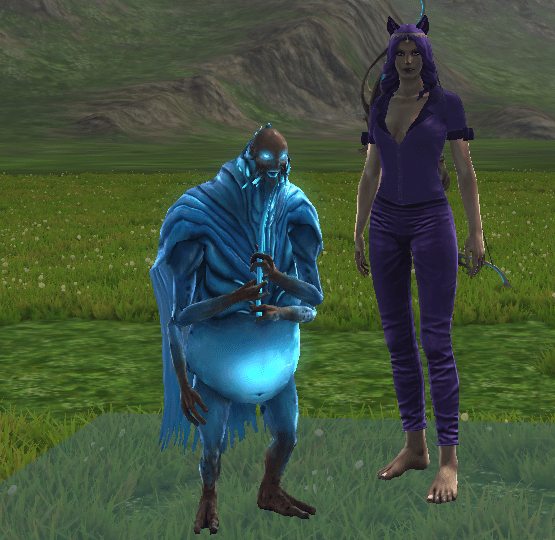 This is the ‘jump without dying’ cheevo for Ember Isle.
Although there is no longer fall damage, you will still need to land in deep water for the cheevo to pop.
Go to /setwaypoint 12942 3345
Stand at the very edge of the rock, facing south west and walk off to fall down into the crevice below.
When you land, head east, follow the water til you reach the Dormant Core area, just to the left of the opening will be a travel stone that takes you back up to Ember Watch. 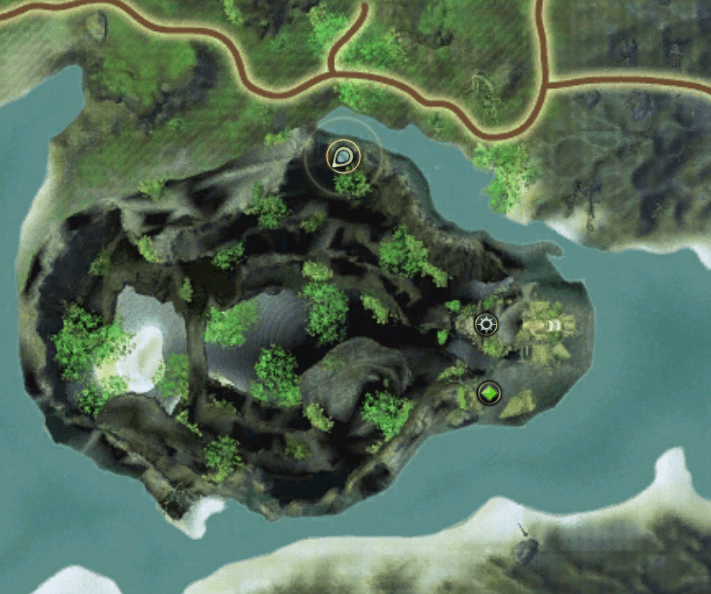 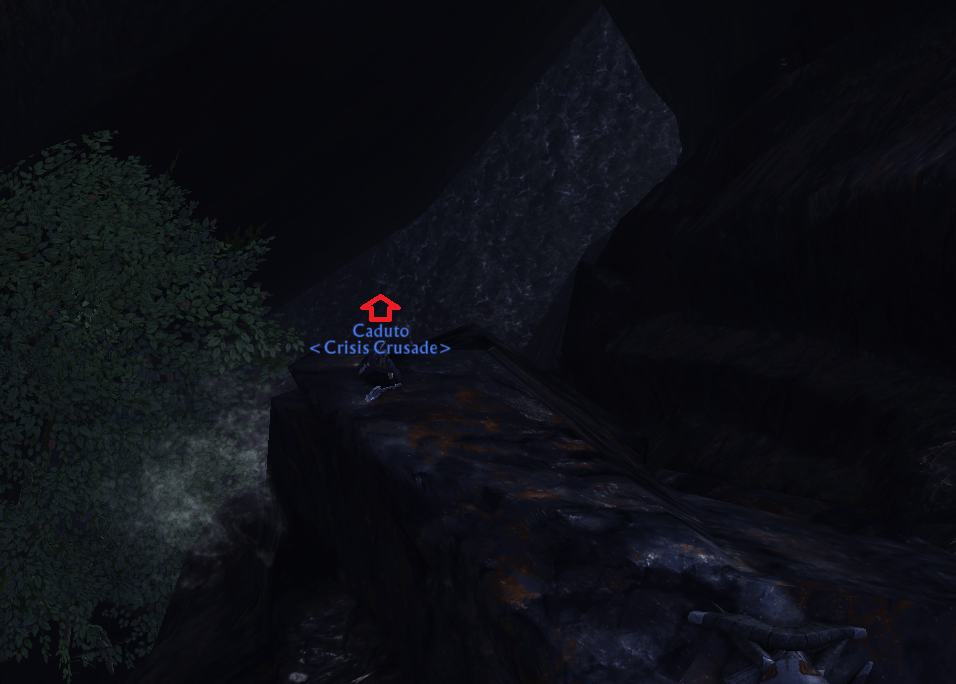 He Followed Me Home

For this cheevo you need to find Tak’gnarl and kill him.
Tak’gnarl is a big cat that runs around most of the island! When you find him, he will be hunting ‘Snogs’ a small creature.
This picture is of Tak’gnarl at /setwaypoint 12601 3248
You can find Tak’gnarl in many locations around the island, a few of the spawn points are marked on the map below.
You may want to create a target macro to spam while you run around 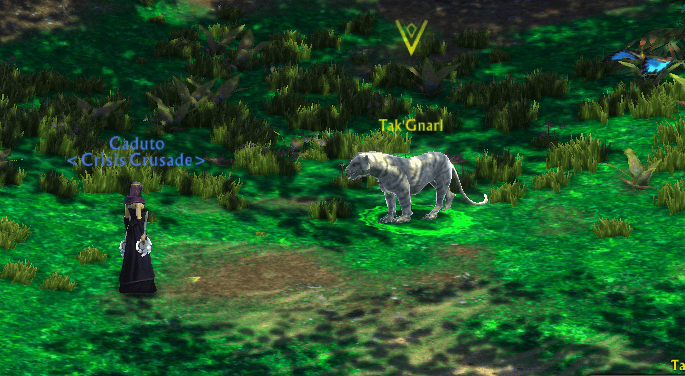 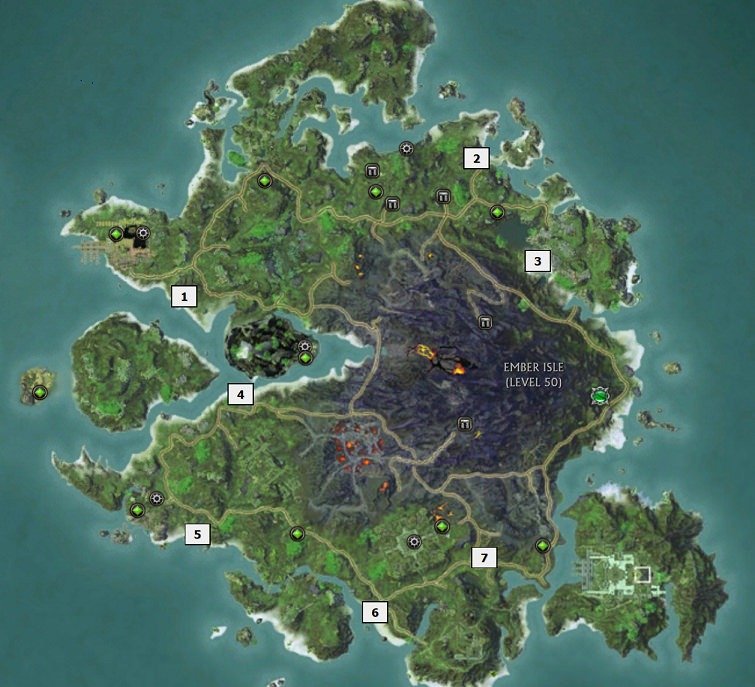 The reward for this cheevo is the ‘snogs’ companion pet. It will arrive in the mail! 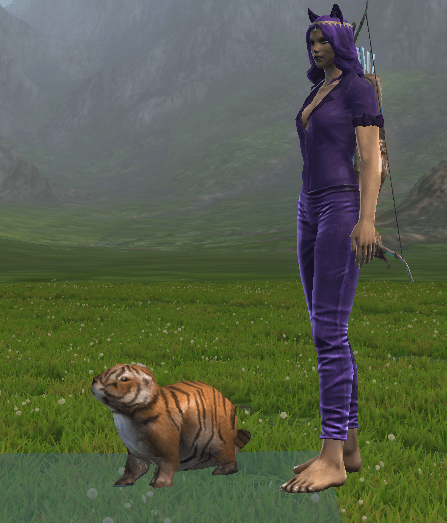 For this cheevo you need to dance ON TOP of 5 different mailboxes on the island.
You need to get on top of the mailboxes and use the /dance emote.

To get on top of the mailbox, walk right up to it and stand still, then turn around so your back is to the mailbox and jump and tap ‘s’ to inch backwards onto the mailbox.
Or for some of them you can simply jump onto it from a distance.

You will need to be careful as you will be entering NPC areas of the opposing factions.. if you are very careful then you should be able to get to the mailbox and dance on it quickly before either dying horribly (for level 50s) or running away (for level 70s).
If you happen to die before you manage to dance, just soul walk and jump up there while soulwalking and be ready to hit the dance button as soon as you respawn.

Here is a video of all the mailboxes, followed by a list of the waypoints for each one. 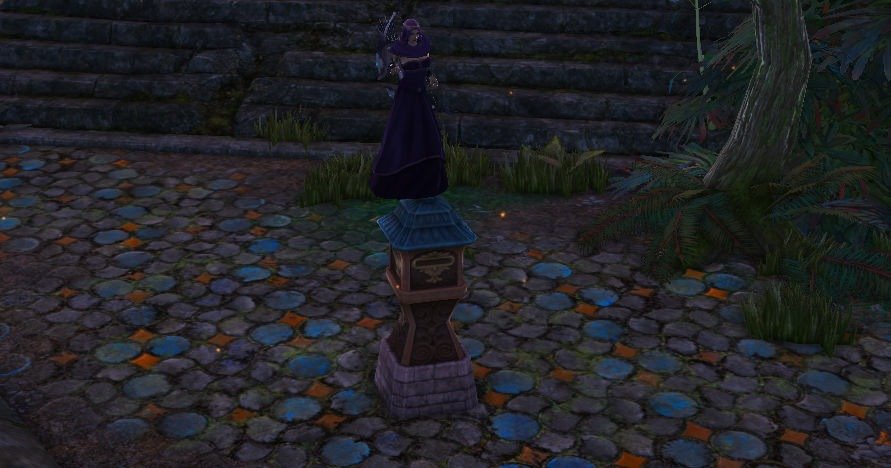 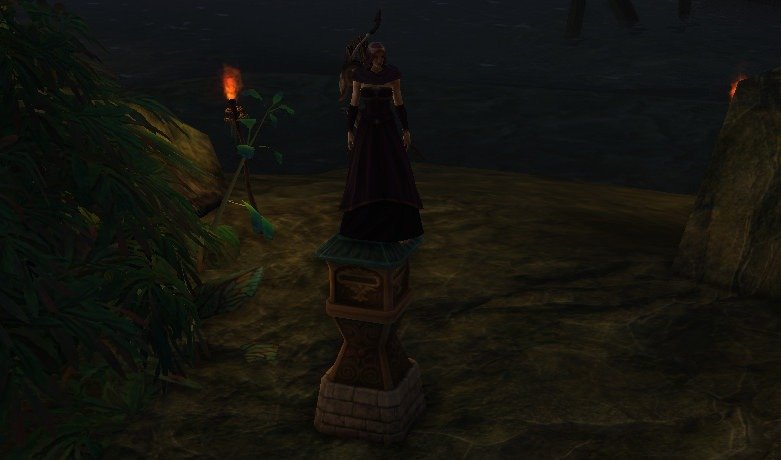 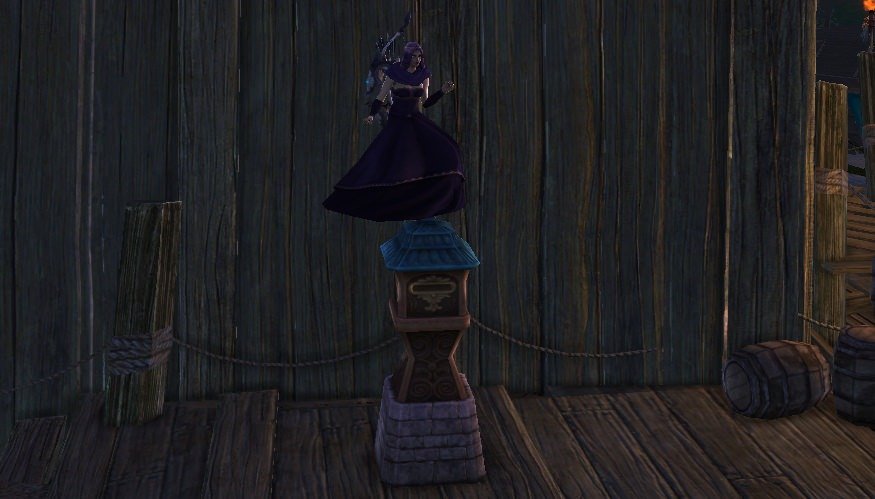 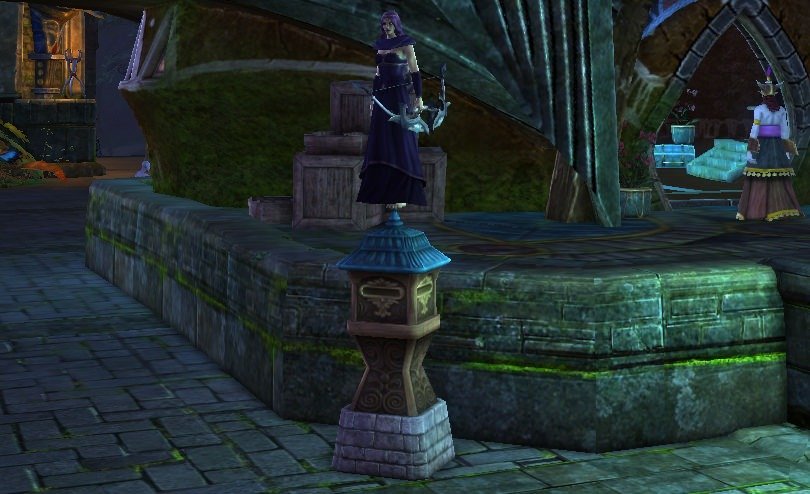 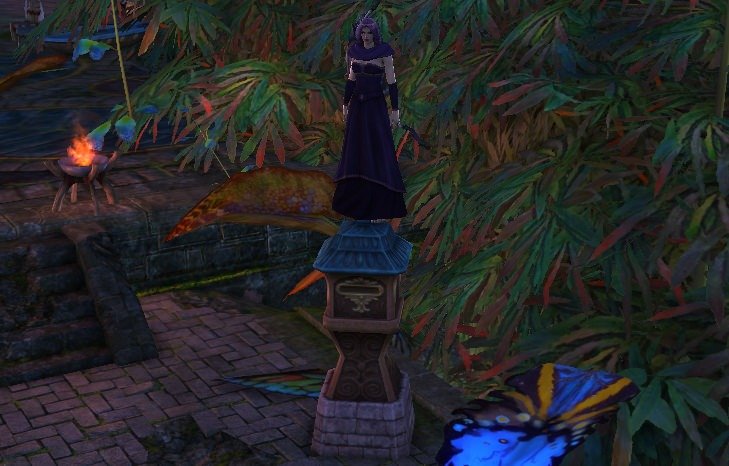 Envoys of Death and Storms

Complete the zone events listed in the cheevo, you can use YARET to track when they are up.

Defender of the Isle

Complete the zone events listed in the cheevo, you can use YARET to track when they are up. 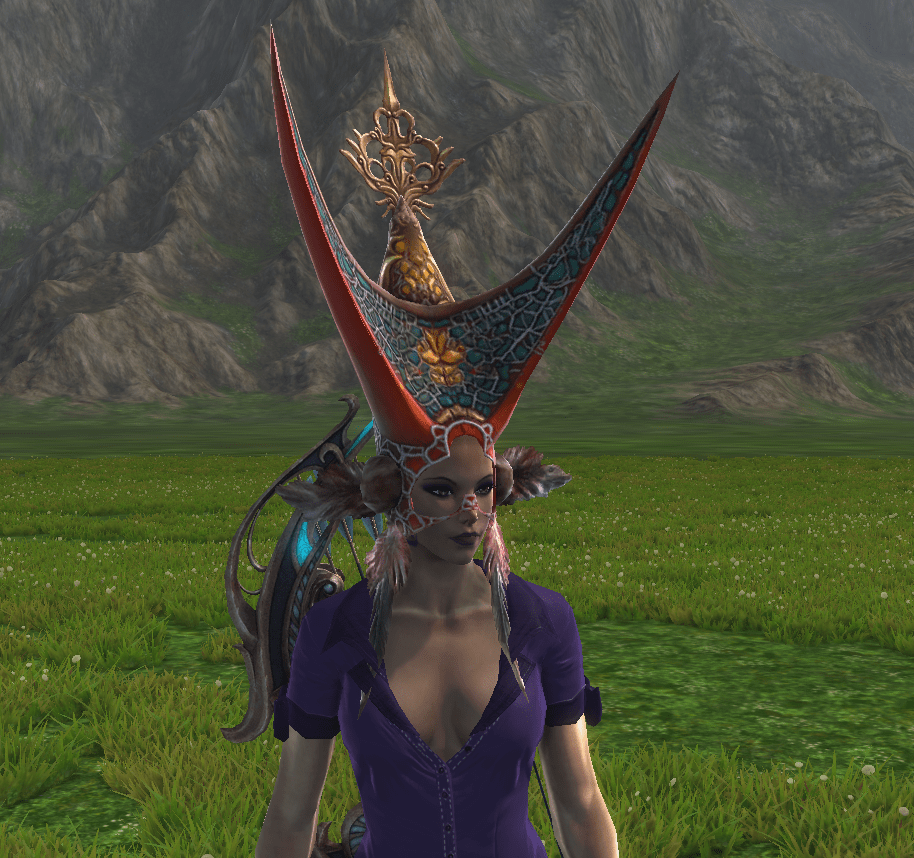 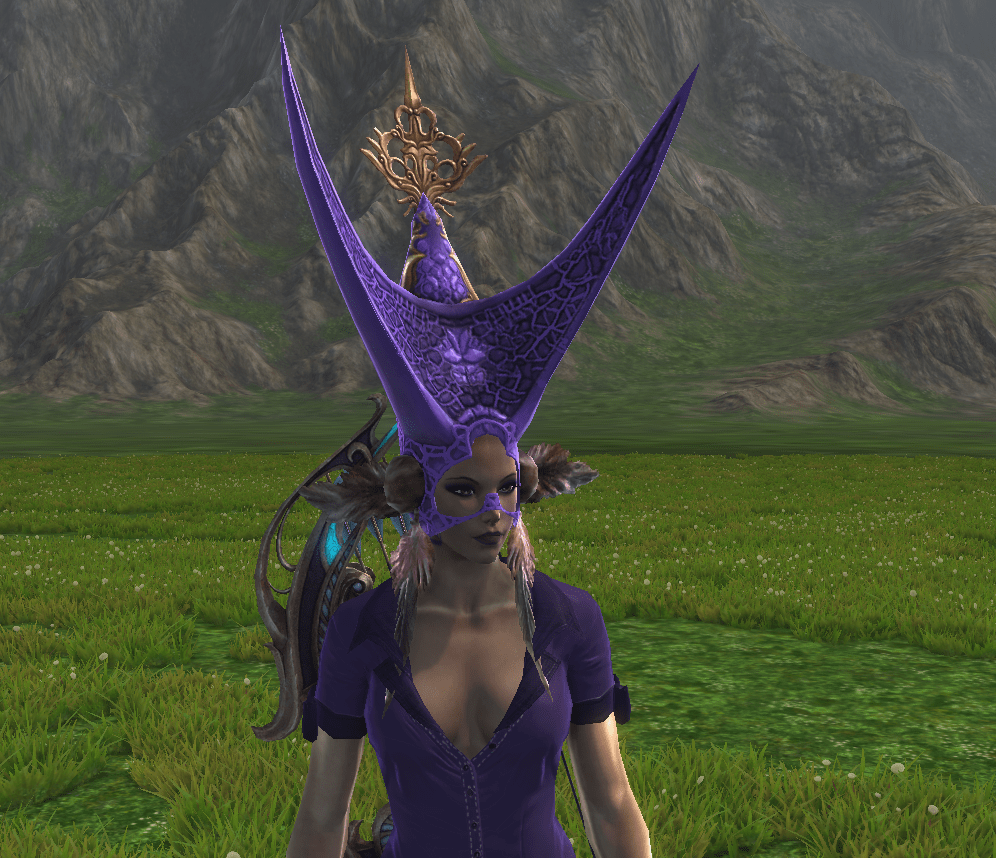 You can farm these during zone events or go to the onslaught locations and farm invasions from them.

There are many areas on the island where you can find pyrkari.
I find the best place to farm them is Kheramos Village, just south of Atia.
There are around 30 pyrkari here. You can kill them all on one shard and then switch to carry on farming! 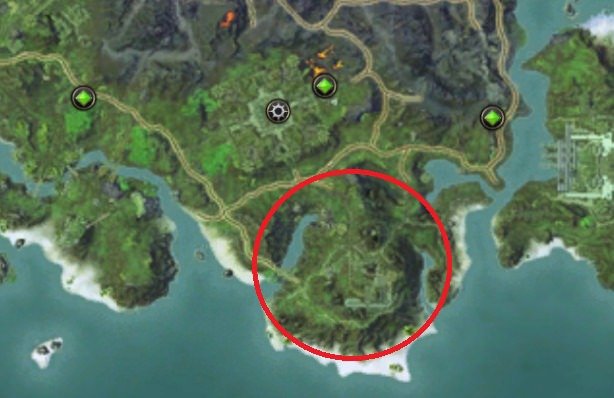 Keeping on for the Keepers 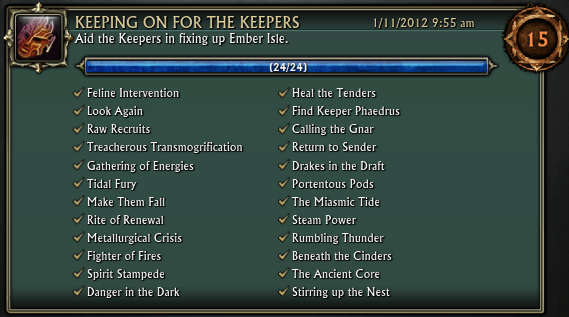 All these daily quests are picked up from Ember Watch, except the ‘Rumbling Thunder’ quest which is picked up from /setwaypoint 13455 3111 in Fractured Plain.
You will be able to pick up 6 quests each day, the quests are a random selection from the list, you may get the same quest a few days in a row, it may take a few weeks of checking before you get all of them!
Some of the quests are 5 man group quest that may be difficult for a level 50 to solo. 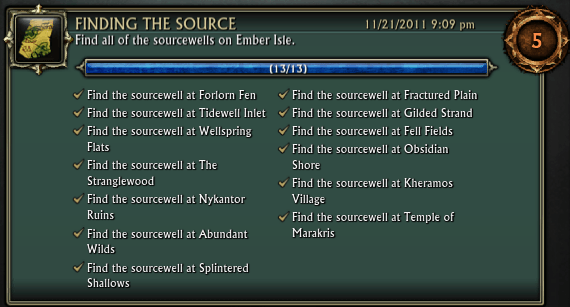 Sourcewells are defensive areas of the island where onslaughts happen! They are also used as defence points during zone events.
You can use nexus infusion to upgrade the defence arch, once it is fully upgraded invasions will start to attack! Each sourcewell has a quest giver that gives a daily quest to destroy 20 of these invasions. There are turrets and lifesprings around to help you defend the arch during the onslaught. There are planar anomolies nearby to top up your planar charges to allow you to upgrade everything. 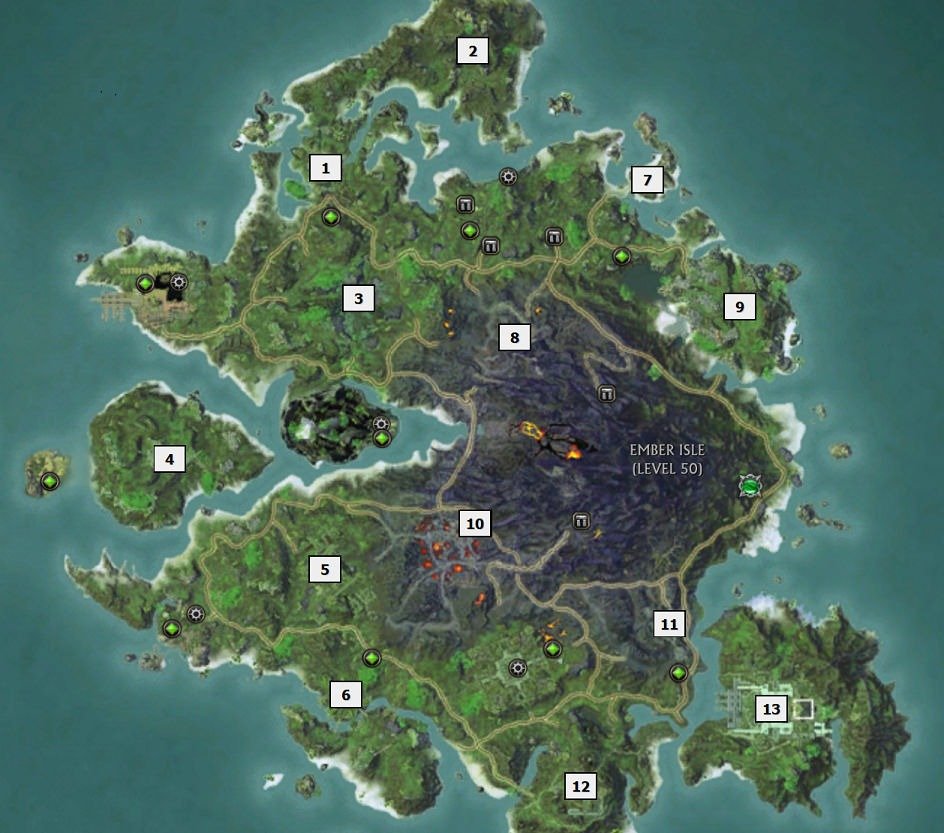 All Over the Isle 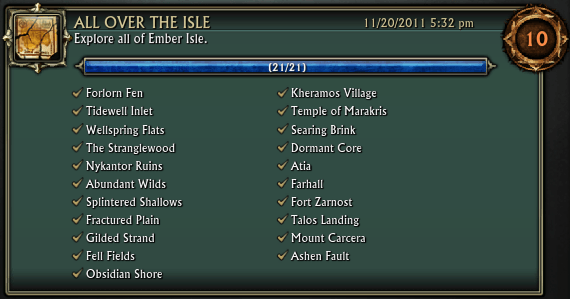 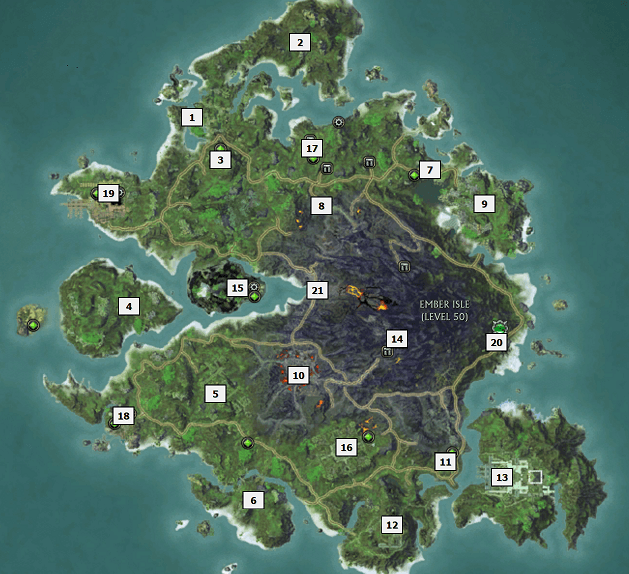 Blue in the Face

This is the meta cheevo for completing the 5 cheevos listed.

For this cheevo you will get the title reward ‘Unfathomable’.

You will also get 3 dimension items, kelari lamp with yellow light, kelari hanging light and kelari wall sconce.
When you have the cheevo you will also be able to buy these 3 items from the DIMENSIONS > TROPHIES section of the rift store.

Complete the zone event that happens in the underwater area.
This is very easy for a level 70 to solo.
Check YARET for when it is happening.
Camping in the zone with a few friends will help make it pop!

Close 20 rifts.
The rifts in this zone are particularly easy to close, they are great for rift farming quests!
Be aware that to credit this cheevo you need to fully close the rift, completing stage 4.

I Had The Strangest Dream

You will get this cheevo during the questline.

Complete the 12 carnages found in the area.
You can find a guide for these on the Ember Isle Underwater Area quest page.

These carnages are singular mobs that may be slighty more difficult (for level 60).
You can use a target macro to help you find them.
target aqanjale
target ichytchul
target nado
target heat sink 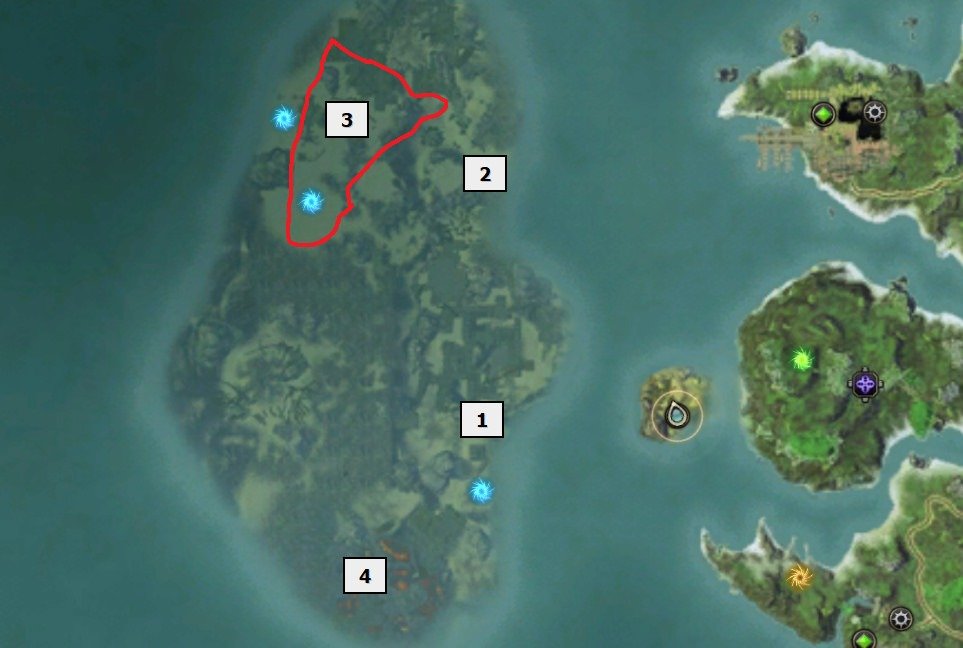 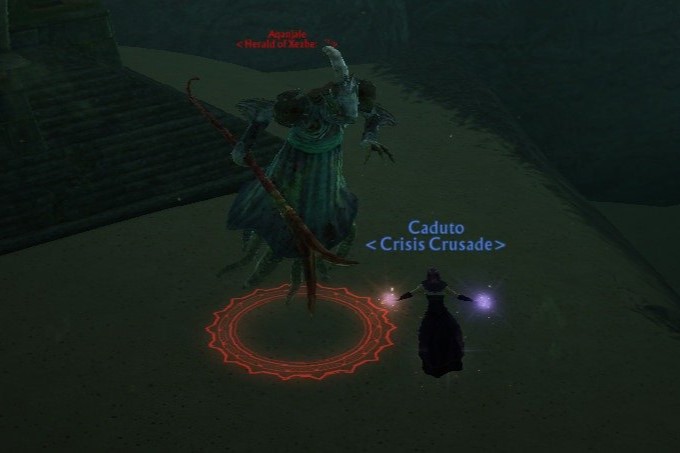 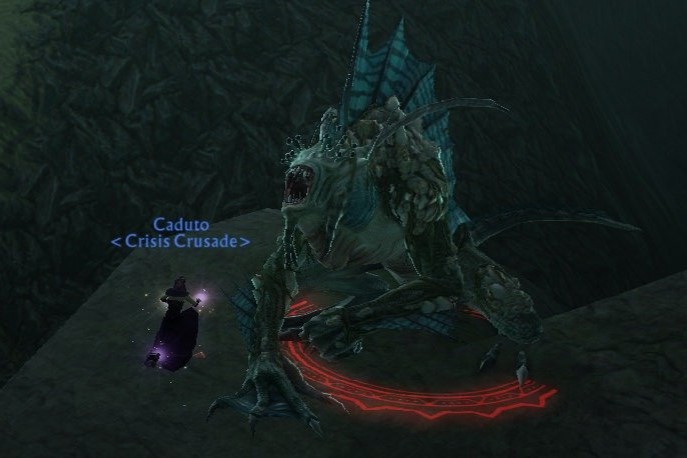 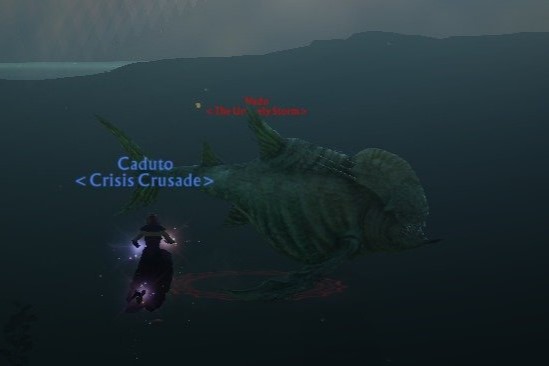 /setwaypoint 11469 3043
This fish swims around in a large triangle in the north of the underwater area.
It swims quite close to the surface. 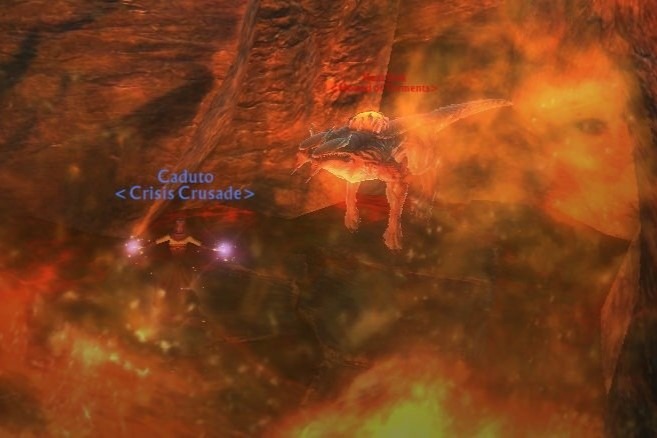 Your Dreams Hate You 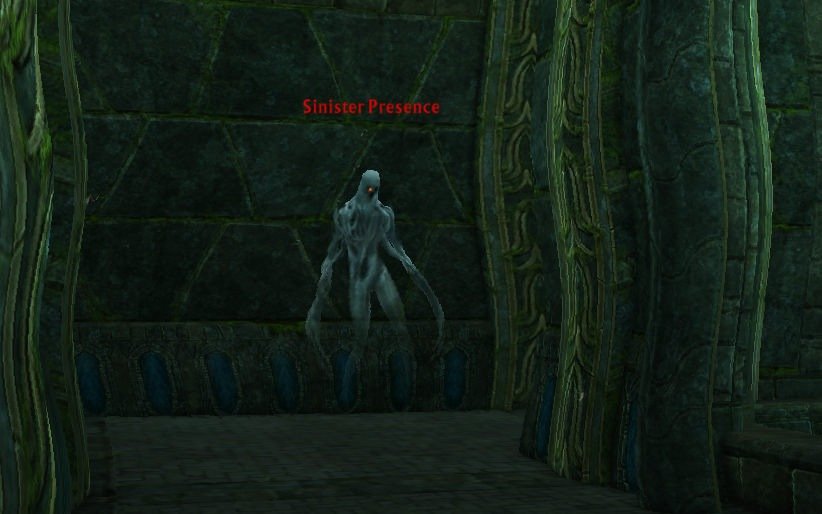