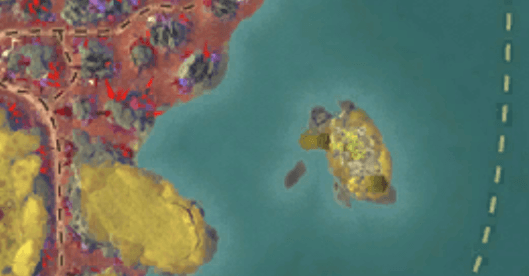 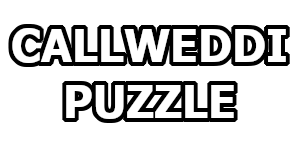 Go to the Callweddi puzzle at /setwaypoint 12310 6570, complete it using this pattern..

Loot the chest for your first puzzle piece

The Callweddi puzzle is located in Planetouched Wilds on an island off to the right of the main zone area.

/setwaypoint 12274 6573
The island is a large rock structure with a flat top where the puzzle sits.
You have to climb around the edges of the rock all the way up to the top.
Below is a picture guide for the climb followed by a video of the whole route.

Getting up to the puzzle

Once on top of this stairway, make your way along the rocks til you get to the second stairway and climb that too

When you get to the top, its time for the first big jump. You will need to be mounted for this jump and move right back to the edge of the platform to give yourself a good run up before you jump. You need to aim to the right of the bright jagged rock..

Once there, you can dismount and walk along the rocks, with the sea to your left, until you reach the next jump point.. Again it is a mounted jump that you will need to run up in order to get the correct jump speed. Start on the jutty outty rock at /setwaypoint 12388 6562 mount up and run forward, jumping right at the edge aiming for the next platform

Keep following the path, using rocks as step ups, when jumping, try to aim towards the cliff face to reduce your risk of falling.
At the end of this section of path, you reach the first larger platform and can go either left or right.

CONGRATULATIONS! You have made it to the callweddi puzzle!

Video of the Route Up

Upon reaching the Callweddi puzzle, if you look up you will be able to see Callweddi village..

To get all the way up there will require a lot of time, farming and platinum.
The actual Callweddi puzzle is thankfully on the ground floor 🙂 at /setwaypoint 12310 6570

The puzzle is pretty simple in theory, in the middle you have a 10×6 grid of squares, then printed around the walls are shapes that you need to fit into the grid, each of the shapes is a different arrangement of 5 squares, you can see this clearly from a birds eye view..

When you fill up the whole grid it should look like this and all the lights will go off..

A key will appear in your bags..

You can now collect your prize from the chest..

Inside the bag will be your first puzzle piece and a piece of lvl 65 gear.
This puzzle piece needs to be kept safe, do not destroy it! It will allow you to proceed with the additional puzzles, if you do lose it you will need to complete the puzzle again to get another one.. note it is also bound to account, meaning you can send it to your alts on the same shard, i will explain why you may want to do this later in the guide.

You will also pop the ‘pent up’ cheevo

Video of the Puzzle

If you want to continue further into the Callweddi journey then head over to the puzzle pieces page to find out what to do next.

Each time you complete the puzzle after the first, you will be awarded with a random marble building block dimension item of different shapes and colours. Many people farm the puzzle for these items.

When you eventually reach the top of Callweddi you will be able to buy these dimension items from a vendor up there.. However, at 8 to 36 platinum each it is much cheaper to farm the puzzle!

Every so often, on completion of the puzzle, Agiboodoos will pop up and try to kill you! If your Character is over level 65 then this is an easily solo-able mob.

He will even occasionally drop a dimension item of himself! so you can have your very own Agiboodoos in your home 🙂

It is thought that this mob was added to prevent botting.. Tho its also likely that Dead Simon added him just cos he wanted to give something a really silly name and wasnt allowed to name a raid boss Agiboodoos.

LIVE on Twitch OFFLINE
on Twitch