/setwaypoint 7522 3082
This one is INSIDE SANCTUM.. Defiants will find this much easier if they have a friendly guardian in the guild to summon them!
You need to go into the Sanctum Tower and then jump off the balcony onto the dome roof. You can also use OPIE/JETPACK to get up there from below.
In the video I am a level 70 character mentored to level 49 and using a 90% non-scaling mount.
If you don’t have a non scaling mount you can buy the 90% one in the rift store for 25 plat – You will need this kind of mount for quite a few of the contraptions, so best to buy it now!

/setwaypoint 7342 2789
For a lot of the first players to complete the cheevo, this was the last box they found.. all other locations had been found and shared and this one remained a mystery.. and its no surprise as this is a Silverwood box that isn’t technically in Silverwood!
Thankfully, once you have the co-ordinates it is very easy to go and grab 🙂
The box is inside the shell.

/setwaypoint 5660 2820
This one is a complete PITA to get to.
If you have OPIE/JETPACK then USE THEM!
You may also find your racial ability is helpful if you have one of the targeted leaps, or maybe you have a spec with a targeted leap!
You CAN get to the box with no special stuff tho, its just difficult
in this video (The first video below) I am using a level 70 character that is mentored to level 49 with no speed buffs. The mount I use towards the end is the 25 plat 90% speed mount that DOES NOT auto-scale.. It is important to use a slow mount for that jump!

As some peeps were having issues with the jump with the horse towards the end of the video I have made another video to highlight this part.
In this video I have laid down memory capture so I can repeat the jump 3 times, I am on a PRIME level 50 character with no PA and with a 110% mount with no riding chaps/insoles or any other speed boosts.
As you can see in the video I begin by standing right at the very edge of the ledge, then mount up and angle my character in line with the box, as though I am able to jump in a straight line and land on the box.. because of the curve in the tree you end up falling to the left and landing on the split in the tree, you can then jump up carefully to the next split and loot the box.
I hope this helps you see how the jump is done more clearly.
I have also made a video of the jump using OPIE, so you can see exactly where you need to stand and aim for with the OPIE jump.

/setwaypoint 6539 3000
Go into the castle and drop down from the balcony above. 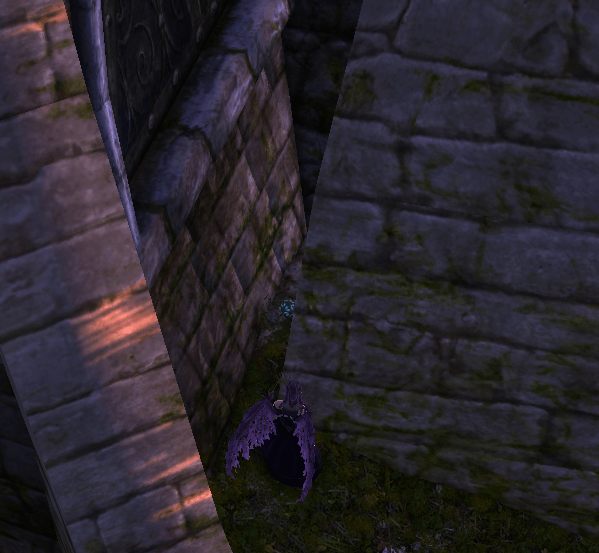 /setwaypoint 6206 3133
This one is down inside the spider cave – Entrance is at /setwaypoint 6180 3110
Jump onto the larger root and then onto the much smaller root! You need to aim to land right on top of the contraption.
This video is made with a level 70 character mentored down to level 49

You can also just edge very carefully along the larger branch til you can reach the contraption from here..

/setwaypoint 6413 3029
This contraption is on the last tower of the Silverwood puzzle.
For a full guide to the puzzle click here
When you have completed the puzzle you need to drop down to the platform below the finish chest. 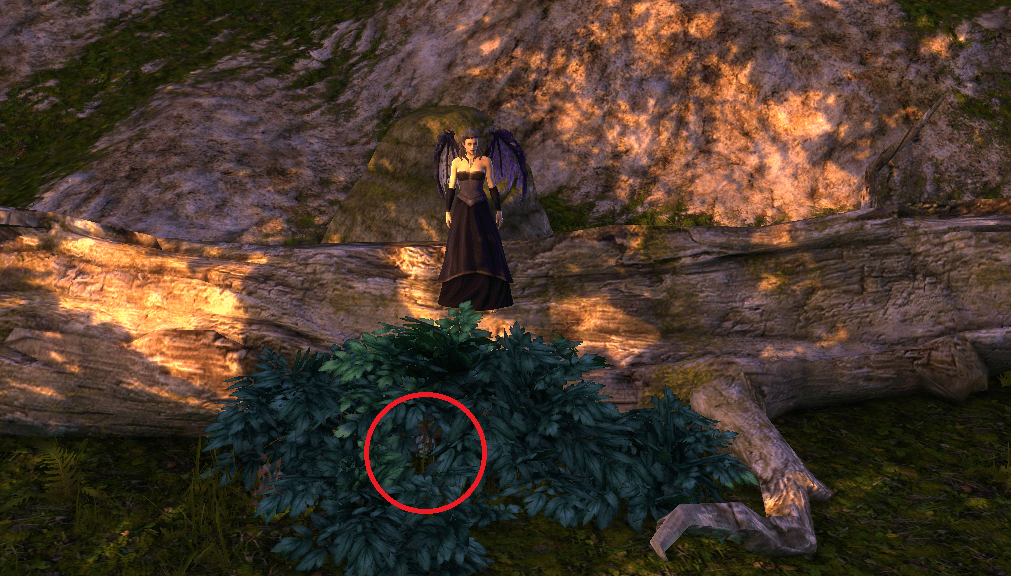 /setwaypoint 6563 2633
Jump up onto the hedge from the pink tree in the corner and then follow the top of the hedge til you can jump up to the building where the box is.