In June 2018 the rift PRIME shard is gearing up for the release of the River of Souls raid. The Rift dev team have decided that they will indeed give us back the awesome world event that the players so fondly remember from the first River of Souls release all the way back in 2011.
This world event is a great way to introduce a new raid to the game! 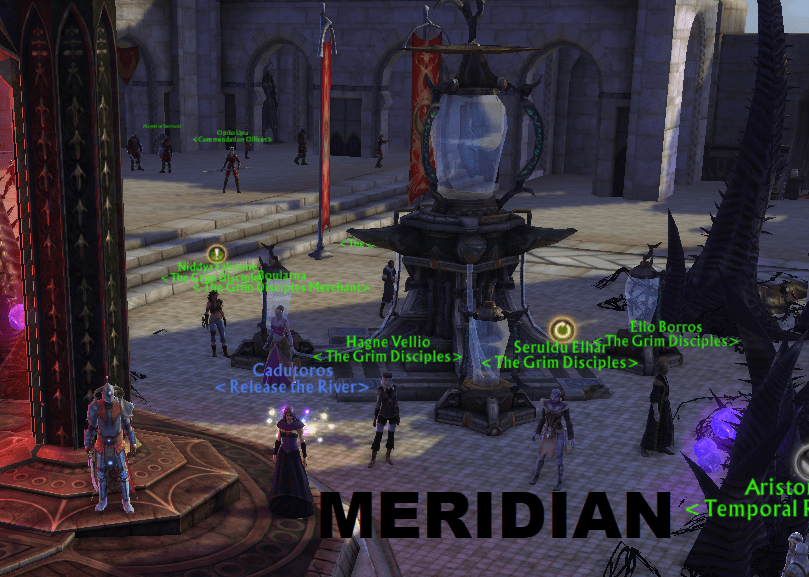 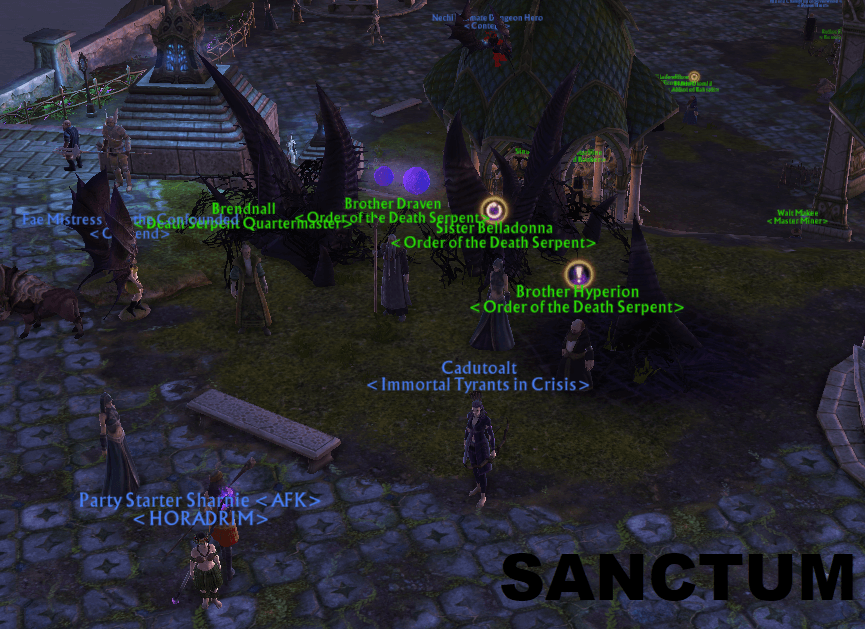 The event has 3 phases
PHASE 1 is the introduction of new death themed zone events, a small story questline and a few dailies.
PHASE 2 is loads of massive zone event bosses spawning in every zone of telara all at the same time, 3 bosses per zone to kill! this will likely happen during peak play hours so that as many peeps as possible can join in.
PHASE 3 happens when all the bosses from phase 2 are dead. all the players will then move up to the top of caer mathos in stillmoor, alsbeth will spawn and after some roleplay with other main story characters, alsbeth will open up the river of souls raid portal and at that point the players can group up and go raiding! 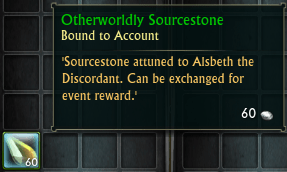 As with all world events there is a specific currency for this event called ‘Otherworldly Sourcestone’.
Be aware that this currency appears in your bags, not in the currencies tab on your character screen.

There will be a special vendor up for the duration of the event to buy lots of pretty things from.

Check out the GRIM REMEMBRANCE QUESTS AND CHEEVOS page for information about where to pick up the quests and how to do them, as well as small guides for the cheevos available to complete during the event.

Check out the GRIM REMEMBRANCE SHOPPING page to see all the wonderful things you will be able to buy! (this is still a WIP)

Back in April of 2011 the RIVER OF SOULS raid was released.
For 3 weeks before the raids release there was a very special world event. This started on the 30th March and finished on the 16th April, running for 3 weeks.
The event was heavily influenced by the ‘plane of death’, due to the river of souls being a death influenced raid area.
During this event there was a special currency to earn called ‘Otherworldly Sourcestone’ – You earned this currency by taking part in the open world zone events and/or by completing the event dailies and story quests.
PHASE 1 of the event lasted for the first 3 weeks. PHASE 1 introduced 2 brand new death zone events for some of the zones, one called ‘The Grim Harvest’ and the other called ‘Visions of Future Past’, you were also able to pick up dailies and story quests from your main city to help farm the special world event currency.
PHASE 2 began on the 16th April (Saturday) at between 12noon and 3pm — This depended on which shard you were on and was staggered to reduce load (there was no shard switching back then!) — PHASE 2 was a completely awesome time.. in EVERY zone 3 large zone event bosses spawned, all at the same time IT WAS FABULOUS… the event lasted around an hour, depending how organised your shard was. We had people running around to all the zones in huge trains defeating boss after boss it was loads of fun! However, it did put a lot of strain on the servers, there were many DCs and the shards went down a few times too! (due to shards going down a lot, some shards started their phase 2 much later than originally planned). You can find a number of videos on youtube of these bosses, here is a short video of the stillmoor bosses and a long video of phase 2 and 3 (Warning, some swearing in this one, but he does call Alsbeth the ‘main event chick’ which is hilarious).
PHASE 3 began as soon as phase 2 ended, it was at a different time for each server as it depended on how long it took all the zone bosses from phase 2 to be killed. PHASE 3 took place at the very top of Caer Mathos (the castle in the west of Stillmoor) it was mostly some roleplay between Alsbeth and the Guardian and Defiant heroes, there is a little bit of shooting Alsbeth, but then the portal to ROS opens up behind her and she runs away inside the portal (Alsbeth is the last boss inside ROS).
Once phase 3 was finished the river of souls raid became available for everyone to play.

If you were playing the game back in 2011 its likely you have these cheevos tucked away in your legacy cheevo tab.

One of the main reasons for participating in the event was to farm currency so you could buy all the things from the event vendor.
There is a full list of items available from the vendor on this old zamrift page
Highlights include…

This is a small spider pet.
It is currently not on the PTS for the 2018 grim remembrance event.

This is a death touched dog.
It is currently not on the PTS for the 2018 grim remembrance event. 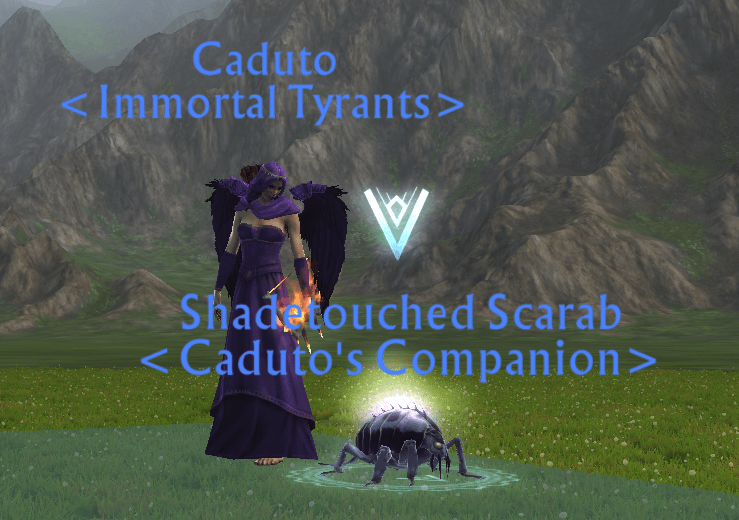 This is a death touched scarab.
It is currently not on the PTS for the 2018 grim remembrance event.

There were also….
Loads and loads of death themed WEAPON SKINS!
A VIAL OF LIQUID SHADOWS, which puts a death effect on your weapon for an hour.
The TOUCH OF THE SHADE which makes your character glow with a purple death glow and goes towards the taste the rainbow cheevo.
The GUISE OF DEATH which turned your character into a different death character depending on your class.
There were also BIS rings, trinkets and lesser essences for your character to wear.