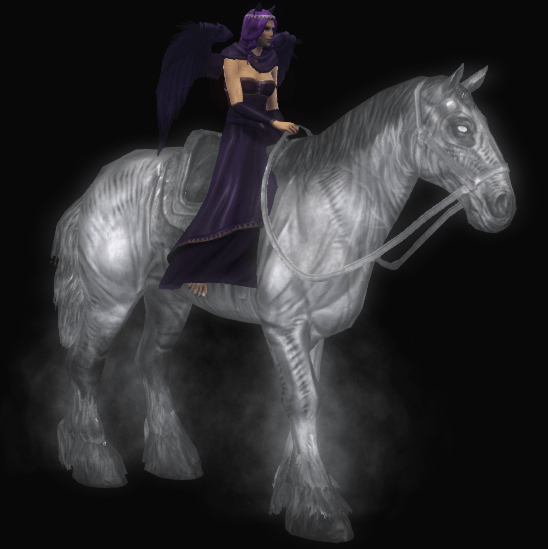 A random loot drop from the River of Souls Chronicle (level 50). (possible from level 60 (intrepid) too but not confirmed).

Originally called the ‘Spectral Horse’ it was first seen as a random drop during the River of Souls Raid release event.